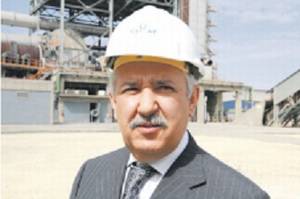 640 social housings: it is the nice contract signed by the Moroccan property developer Addoha with Congolese government.

The Moroccan group which was already present in Ivory Coast, in Cameroon and in Guinea, thus strengthens its presence in sub-Saharan Africa, this time in Congo-Brazzaville.

This agreement concerned « building, within the context of a first experimental project, of 640 social housings as well as on the achievement of the infrastructures of approach and the community facilities ».

Jean-Jacques Bouya, Secretary at the presidency in charge of town and country planning, declared: « this project aims at the establishment of a living estate made of social housing to allow and guarantee to the largest number of Congolese a decent, functional and affordable housing environment. »

Housing problem in this country is important. The rate of current buildings between 1 000 and 1 500 per year, remains very insufficient.

As reported by Jeune Afrique magazine, « Addoha is also present in Burkina Faso and in Gabon, where 2 000 show flat are being built. In April 2013, the Moroccan company concluded an agreement for 2 600 housing in Abidjan, Ivory Coast, to which 5 000 other buildings could be added. »

Anas Sefrioui was born in Fes on May 16th, 1957. He is the Chairman and Chief Executive Officer of the Group of real-estate development Addoha Douja Promotion.

His fortune is estimated at about 1, 6 billion dollars in 2012 by Forbes magazine.