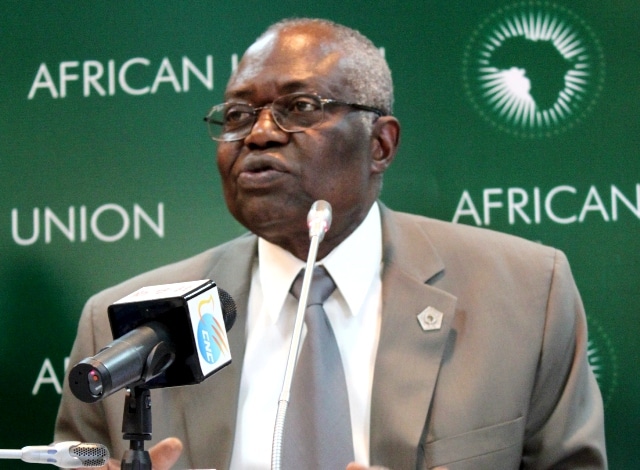 The relevance of the works, the scientific experiments, the results of the researches of Professor Jean-Pierre Ezin are worldwide recognized. And today, the Beninese scientist is glorified.

The world Academy of Sciences and the Italian Government have just granted a Recognition Award to Jean-Pierre Ezin, professor at the university of Abomey Calavi. This, within the framework of the scientific cooperation between Africa and Italy.

He thus has just raised at top the banner of Benin. It is thus a great scientific career path of this man that the world academy is honoring.

This distinction joins the framework of carrying out « Africa Day » project that started on 27th May 2014.

During the award ceremony, Professor Jean-Pierre Ezin took the floor during about ten minutes to share with his peers his scientific experiences in the same way as all those who will benefit from this sign of gratitude and clarified some results of his researches,.

Professor Jean-Pierre Ezin, after his master’s degree in mathematics in Dakar in 1964, made his post-graduate studies at the end of which he obtained in France in 1972 his doctorate. He taught during one year in France before coming back to his country, Benin to join the restricted circle of teachers of the national university of Benin, the current university of Abomey Calavi.

As Assistant professor, the scientist also had the opportunity to teach at the University of Lille then at the polytechnic school of France as special guest. The International Centre for Theoretical Physics of Trieste will also testify of his passage.

And he is recognized as the first Vice-chancellor of the university at the time of the democratic revival in Benin.