dernières nouvelles
Accueil / Business / Peace back to Ivory Coast: the head office of the ADB also back to Abidjan 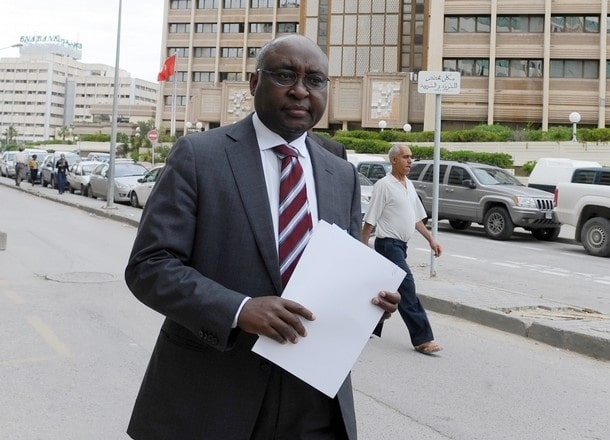 Peace back to Ivory Coast: the head office of the ADB also back to Abidjan

Temporarily transferred from Abidjan to Tunis (Tunisia) in 2003 further to the starting of the military political crisis on 19th September 2002, the African Development Bank (ADB) is back to its initial head office in Abidjan.

This return was conditioned 1 year ago by the return of peace in Ivory Coast further to the after electoral events occurred in the country in 2012.

It is thus a strong signal for the managers of the financial institution that are delighted at the piece of news.

Obviously, the chairman of the ADB group, Donald Kaberuka (picture), is in Abidjan since yesterday to find his statutory offices that are hosted in the former international business center of Abidjan (CCIA), renovated, at the heart of the Ivory Coast economic capital town.

Upon his arrival, he was welcomed at the Félix Houphouët-Boigny international airport by the Minister for development and planning, Dr. Albert Toikeusse Mabri,

« We are at home. I am back to definitively settle down in Abidjan and I shall have the opportunity to talk about it this week during a press conference at my office« , declared Mr. Kaberuka.

The latter praised the Ivory Coast authorities for their efforts in favor of this coming back of the ADB.

For his part, the Ivory Coast government was delighted at this definitive coming back of the Pan-African banking institution to its statutory head office of Abidjan.

« We are going to prepare the fiftieth anniversary of the ADB in Abidjan« , indicated the Minister Mabri, announcing that « the next board meeting of the ADB will take place on 8th September here in Abidjan« .