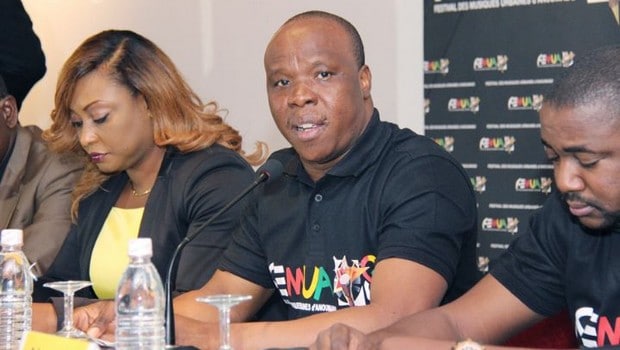 Femua 8: Launch of the festival in Abidjan

After the launch in Paris of the eighth edition of the Urban Musics Festival of Anoumabo (Femua), A’salfo (Salif Traoré), the vocal leader of the Magic System group and his staff did the same exercise last Friday in the Ivorian capital.

Placed under the theme « Integration and reconciliation of peoples« , the eighth edition of the urban musics festival of Anoumabo that will be held from 21st to 26th April 2015 aims to be exceptional. In press conference on Friday, A’salfo indicated that the African music festival of this year will be particular because the official sponsor of the event celebrates its tenth anniversary.

As Africa Top Success reported it, the Economic Community of West African States (ECOWAS) is joining itself on the event this year. All in all, nine artists coming from nine countries of Africa will take part in the festival which expects 100.000 participants.

They are among others Fally Ipupa (DRC), the Bracket Group (Nigeria), the Freshlyground Group (South Africa), Joel Sebunjo (Uganda), Philip Monteiro (Cape Verde), Habib Koïta (Mali), or Smarty (Burkina Faso). The music program « Couleurs tropicales » (Tropical Colors) by RFI celebrating its 20 years, will also be in the spotlight at Anoumabo.