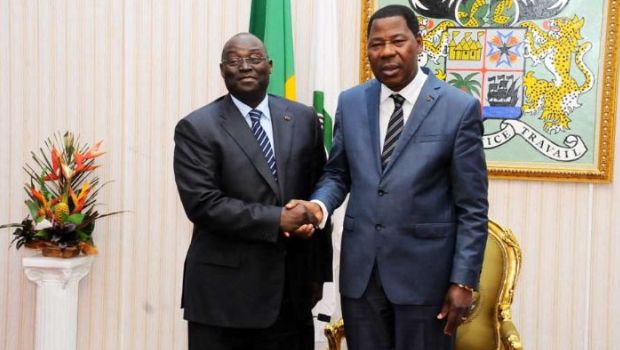 The president of Republic of Benin, Boni Yayi, signed on 12th August 2014, the decision carrying re-election of the Ivororian, Tiémoko Meyliet KONE at the head of the West African Central Bank (WACB). This decision taken unanimously by the 8 heads of State of the WAEMU (West African Economic and Monetary Union), allowed KONE to stand as the new governor of the central bank for a term of six years.

Pure product of WACB, Tiémoko Meyliet KONE took the lead of the Central Bank for his first time in 2011. The man is reputed for his discretion, the control of his domain and his rigor. In spite of a difficult mandate marked by the politico-military crisis that shook Ivory Coast, powerhouse of the West-African economy, the WACB succeeded in undertaking reforms that are appreciated by the press of Ivory Coast.

« He undertook important reforms in these domains in order to improve the financing of the economies of the Union and the financial inclusion of populations. He was moreover very active in the governance of the regional and international organizations. Some people blamed him all the same for his for so high discretion on important contributions of the WACB that are seldom published », wrote Abidan.net about the new governor of the WACB.

Tiémoko Meyliet KONE (64 years old) got the political support of his country of origin. The economist was a cabinet director of former Ivory Coast Prime Minister, Guillaume Soro, then Minister of Building and Town planning of Ivory Coast.