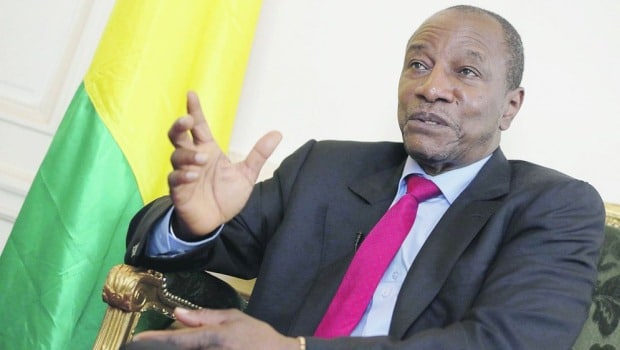 The President of Guinea Democratic Forces Union (UFDG), Cellou Dalein Diallo, indicated that the president of Republic called him to thank him for « his personal implication in the fight against the epidemic« , reported our colleagues from Africahotnews.

The opponent of Alpha Condé in the presidential elections of 2015 in Guinea confirmed that the president of Republic really called him, reported Guinean sources.

« I did not pick up the phone because I did not know his number. And then, later, somebody told me that the president was trying to join me, and that he did not understand why I did not answer the call. I just replied that I did not have his phone number. He afterward called back« , declared Cellou Dalein Diallo.

According to him, the President of Republic congratulated him for his commitment against Ebola but clarified that the conversation did not last long. « We spoke just one minute« , he indicated raising that he wished good celebration to him and his militants.

The Guinean opponent participated in a sensitization announcement on Ebola that it currently shown Guinean national television.

Guinean authorities called on all lifeblood of the Guinean nation for the fight against Ebola. « We have to show that we are capable of uniting when the nation interest is threatened« , indicated in September the ministry of human rights, Kalifa Gassama Diaby.

He urgently called on populations, leaders, to forget differences in order to create a national synergy to face the challenge for fight against the mortal virus.

« The time is no more for fruitless debate and controversy. It is rather for unity of our efforts to protect our country. Let us get together in order to kick the virus away from the country« , he indicated.

The assessment of the disease in Guinea is 1553 cases for 926 deaths. The authorities announced that the tendency is declining.