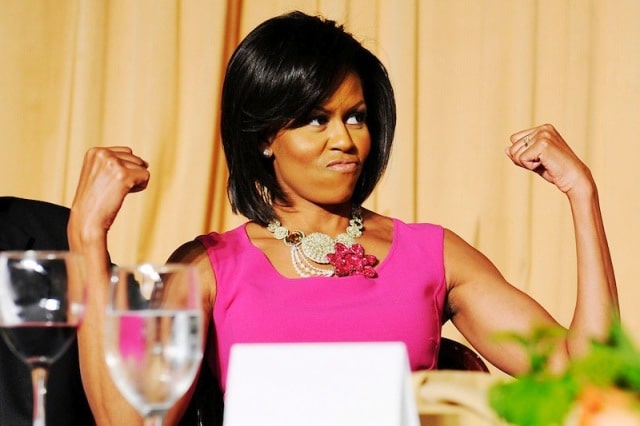 « As an Afro-American woman, the blood of Africa flows in my veins and the future of this continent is very important for me« , declared basically Michelle Obama on Wednesday.

The First Lady of the United States of America made this declaration in a moving speech in front of the future 500 African leaders of the YALI program (Young African Leaders Initiative) in Washington, exactly during the closing ceremony of a mini summit that was dedicated to them.

This commitment in favor of the Black continent reaffirmed by the First Lady is praised all over the world, by political leaders in particular as well as the African Heads of State.

Within the framework of the USA-AFRICA summit, the latters will take part on Monday in a conference on « the development of the role of women for peace and prosperity« .

Still in the line of this high-level meeting, Michelle Obama planned for Wednesday, 6th August, a meeting of the first ladies, an opportunity to remind that « African women have a word to say on the future of the continent« .

We should mention that Ellen Johnson-Sirleaf, the president of Liberia and Catherine Samba-Panza, her counterpart of the transition in the Central Republic of Africa, two only women in the presidency of an African country, will be unfortunately absent in the summit.

After six weeks of training in the most prestigious universities of the country, the young African leaders took part in three days conferences during which the defense of women rights had a special place.